Congratulations to this year's award recipients! Awards were presented at the 2022 TZD Conference on October 12 in St. Cloud, MN.

To increase car seat use in her community, Officer Ryan Kuffel with the Eden Prairie Police Department organizes annual spring and fall car seat clinics, collaborating with the local fire department and ensuring that all duties related to advertising, traffic flow, inspection, and documentation all go smoothly.

She focuses on engaging with all ages and on reaching diverse communities—by frequently educating grandparents on the proper installation and safe transportation of children in their care, and by applying for and receiving grants for free car seats for people struggling financially. Officer Kuffel also serves as the team lead for the police department’s car seat inspection team and maintains her proxy certification to give her peers ready access to this resource.

Mary Erickson is the TZD Safe Roads Coordinators in Renville County. While some have merely survived the challenges of the past couple of years, Mary has continued to thrive with her creativity and passion for creating a culture of traffic safety. During the pandemic, Mary created safe and effective means to reach her neighbors and partners to continue sharing the TZD message. These included contributing to traffic safety newsletters, adapting Buckle up for a Buck for social distancing, and organizing several outdoor events.

Now that the state has allowed for safe gathering, Mary has been instrumental in organizing traffic safety days at high schools, seat belt challenges, and car seat clinics along with planning and recruiting volunteers for county fair events and Farm Fest. With her gift of bringing people together for the greater good, Mary has also united committees of engineers and law enforcement to tackle at-risk corridors and intersections.

Josh Duda has saved many lives in the air and on the ground as a paramedic and educator at North Memorial Ambulance and Air Care in the Brainerd/Baxter region, where he’s served since 2000. Josh is a subject matter expert in occupant protection, field training officer, safety advocate, innovative leader, and great role model for traffic safety. He’s a staple at local community events and the voice of local radio PSAs educating his hometown area on safety topics.

Josh has also been part of planning, presenting at, and attending the state TZD conferences for many years; not even a life-changing helicopter crash in which he was the sole survivor stopped him from attending the conference in 2019 on his road to recovery. Since the crash, Josh has taken on roles at North AirCare in safety, outreach, and education so he could return to saving lives as a flight paramedic.

Deputy Chad Myers has been a countywide leader in DWI arrests almost every year since he began in law enforcement nearly 20 years ago. He is uncompromising in his fight to rid Minnesota roadways of DWI drivers. In 2021, Deputy Myers was able to secure a DWI/traffic safety grant for the Winona County Sheriff’s Office for a full-time DWI car, which he is currently assigned to.

New deputies are often paired up with Deputy Myers to watch him enforce and investigate DWIs, and his knowledge is often called upon during complex or unique DWI investigations. Deputy Myers is also an instructor in Standardized Field Sobriety Testing, a law enforcement phlebotomist, a drug recognition evaluator, and a DMT operator. He's been selected as an Office of Traffic Safety DWI All-Star 10 times and has also received 10 “hat trick” awards for arresting 3 impaired drivers during a single shift.

As Minnesota's state traffic safety engineer, Derek Leuer has been key in shifting the narrative of safety projects to include more proactive systemwide engineering solutions. By creatively using data to show what engineering solutions will be effective on our roadways and working with MnDOT districts to understand and incorporate these solutions into projects, lives have surely been saved on Minnesota roads.

Derek has led multiple safety planning efforts for state and local roads and been instrumental in funding and encouraging many reduced conflict intersections, median barriers, roundabouts, rumble strips, improvements on curves, pedestrian and bicycle facilities, and more. In addition to serving as a safety advocate here in Minnesota, Derek has lent his skills and knowledge to help improve safety beyond our state borders through multi-state peer exchanges and nationwide committees and studies.

Kristi Sebastian has worked in the traffic field for 30 years, including 20 years as the Dakota County traffic engineer. During this time, she has shown leadership, expertise, and passion for traffic safety. She has led several key systemwide safety studies, including safety assessments on rural intersections, school area travel for students, and pedestrian crossings for Dakota County.

Kristi has been integrally involved in TZD efforts for many years, representing the Minnesota County Engineers Association on the leadership team. She is an original member of the Dakota County TZD coalition and supported the early version of these efforts through the Dakota County Safety Coalition. She has also served on the International Board of Directors for ITE, presented nationally on transportation topics, and been a technical leader for LRRB initiatives. In addition, Kristi is committed to addressing safety concerns brought forward by the public, and her collaborations with cities and with MnDOT have resulted in the successful implementation of many transportation projects. 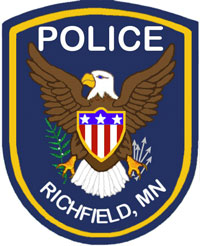 A challenge with enforcing Minnesota’s “hands-free” law is that a driver can easily conceal their phone by holding it down. In a regular patrol squad, it can be hard to see the phone in a driver’s hand. The distracted driving truck has bigger tires and a raised frame, thus improving the vantage point for the officers inside. Tinted windows help also help with enforcement. The truck is available for other agencies throughout the metro to use. The Richfield PD reports that the tool has received praise from the motoring public and positive social media response for its use to curb this dangerous driving behavior.

This award was given to two groups this year for their efforts to promote traffic safety to their peers.

Ava Chen, Kylie Karsky, and Molly McCloud, interns with the Shreya R. Dixit Memorial Foundation, were instrumental in creating and implementing the Dakota County “Traffic Safety Selfie Challenge” in 2021. The initiative for the Dakota County TZD Coalition aimed to increase awareness of traffic safety messages and ultimately help people make better choices before they get into a vehicle.

Among the interns’ tasks were to research other social media campaigns, identify the target audience, determine how this social media effort could differentiate itself from others, develop talking points, and evaluate the challenge. This social media initiative drew participation from eight states and reached over 6,300 social media accounts. In addition, as current or former members of Eden Prairie High School’s Distracted-Free for Life Club, Ava, Kylie, and Molly are voices for traffic safety messages and are role models to their families, friends, and peers.

In early 2022, Sherburne County’s TZD Safe Roads Coalition held a video contest for high school students that asked them to put together a 30- to 60-second video to show the dangers of speeding, distracted driving, or lack of seat belt use. The Princeton High School Students Against Destructive Decisions, or SADD, organization produced an excellent traffic safety video to communicate these messages to their peers.

Reporter Boyd Huppert with local NBC TV news affiliate KARE 11 is known to viewers across Minnesota for his “Land of 10,000 Stories” segment. Three recent stories demonstrated his amazing ability to connect with Minnesotans and personalize how traffic safety affects individual lives, families, and communities. One story covered an unlikely friendship that developed between a Minnesota State Patrol trooper and the alcohol-impaired driver she arrested who later successfully completed sobriety treatment. Another story featured families of fatal crash victims who receive a sympathy card each year from Col. Matt Langer and showed how much these families treasure knowing that they and their loved ones are not forgotten. The third story covered the first public viewing of the Lasting Impact video, held at the high school attended by the crash victim featured in the video. Boyd interviewed family members and captured the emotional response among students. The powerful story amplified the State Patrol’s efforts to show teens the importance of making safe driving choices.

This award was given to two individuals this year in recognition of their commitment and leadership to improve traffic safety through community policing and engagement.

Chief Jeff Tate has been with the Shakopee Police Department since 1998 and was appointed Chief in 2009. He has been a member of the state DWI Task Force for the last 12 years. Under his leadership, the Shakopee PD has twice been named MADD Minnesota’s Agency of the Year and has also received two MADD Minnesota Policy Setter Awards for traffic safety programs it started: the Free Sober Ride Home and the Recovery Assistance Program.

The Shakopee PD was one of the first in Scott County to use the “Lights On!” Program, which fosters positive interactions between vehicle drivers and officers during traffic stops. Chief Tate has spoken on behalf of the “Lights On!” program nationally and it is now in 13 other states. In addition, the Shakopee PD has received the International Association of Chiefs of Police Excellence in Community Policing Award in 2015 and 2020, serving as a testament to Chief Tate’s passion for building trust and engagement with the community he serves.

Olmsted County Sheriff Kevin Torgerson has served with the Sheriff’s Office for more than 36 years and was elected sheriff in 2014. Since then, he has led the office to partner with the community and various organizations to advance trust, improve transparency, and establish itself as a regional leader. Sheriff Torgerson continues to champion a strong traffic safety emphasis as part of a larger public safety strategy. This has included enhanced participation in community events such as National Night Out and strong traffic safety messaging.

During the COVID-19 pandemic, Olmsted County experienced a significant increase in fatality crashes. Rather than pull back from traffic enforcement, Sheriff Torgerson put increased emphasis on his own agencies’ traffic enforcement unit, leading by example. He was instrumental in hiring both a full-time media specialist and a coordinator to oversee TZD and OTS-funded enforcement. He also actively participates in the DPS-OTS DWI Officer Grant program.